How to spot a bad employer before accepting a new role 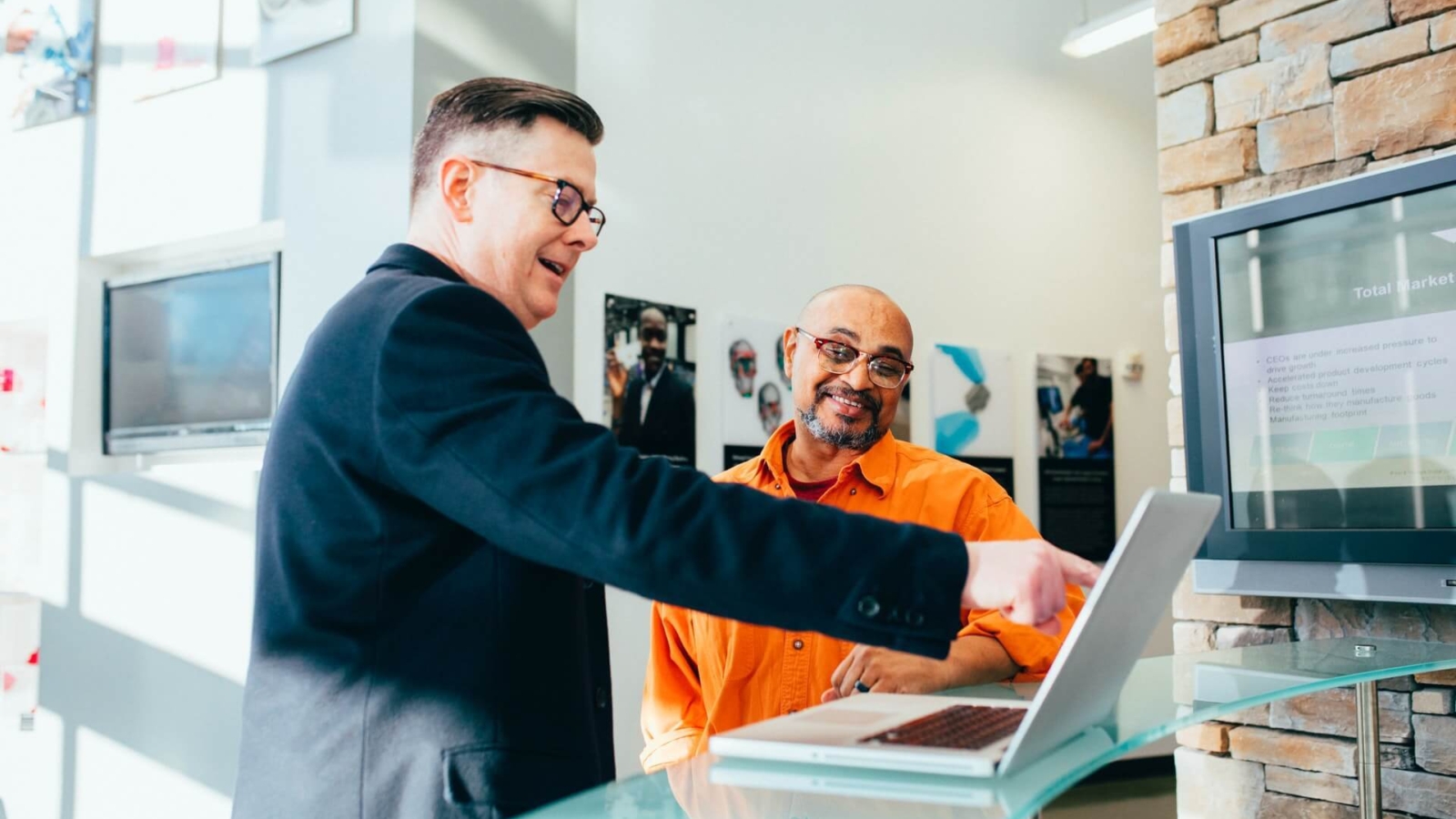 Some bad employers wave red flags in your face, while others display more subtle signs. Here’s our comprehensive guide to help you spot a potential bad employer before you take a job that could turn into an on-going nightmare.

A good job description should be self-explanatory. Check that the details offer a clear insight into which skills and background are necessary for the job. When reading the description, you should be able to figure out what you’ll be expected to do and whether you are qualified.

In many cases, a vague job description is an indicator that the organisation might be looking for an all-purpose employee they can assign multiple responsibilities — all whilst underpaying that person.

Some companies expect their staff to work evenings, weekends and even during holidays and foster a culture which labels anybody taking a full lunch break or going home on time as lazy. This is not good for your mental and physical health. If the hiring manager says things like “many of our employees stay later” or “don’t be surprised if you take some of your work home with you” then it’s a sure sign that there is a poor work/life balance.

There’s nothing wrong with working hard and putting in a little overtime. But if it looks like the normal state of operations is for most employees to be coming in early or staying late, you might find it hard to strike the work/life balance you want.

Pay close attention to how the hiring manager and other people in the organisation communicate with you. Do they just send a text with important information rather than sending an email or perhaps they call late at night or contact you at other weird times?

Even excessive communication can be a problem. Everybody needs to be updated but is some of the communication unnecessary and is the line manager always sending you follow-up emails because they forgot something?

This might indicate that your prospective employer doesn’t have a sense of boundaries and could begin making unreasonable demands if you take the role. Moreover, it could be a red flag that you won’t have any real time off because you’re expected to answer phone calls and texts at any hour.

Sometimes a lack of communication can be a massive indicator to avoid a job. If a company says they’ll get back to you in a few days and almost a month goes by, that could be a signal that they aren’t going to provide you with adequate support or resources.

Unfortunately, during the recruitment process, not all recruiters or hiring businesses are going to be able or even be bothered to respond to each and every email or CV. However, if you’ve attended an interview, you should at least get some sort of update throughout the process. If the organisation makes an offer but then doesn’t get back to you about actual onboarding and next steps within a reasonable time period, that’s also a major red flag.

Earning potential is stressed over salary

Keep an eye out for organisations that put an emphasis on your earning potential whilst brushing off questions about current salary. It’s a warning signal if at any time you’re told that a low salary will be made up for at a later date by potential massive bonuses, company shares or the potential to make more money as the company grows.

If the role relies heavily on commission, then ask about the commission structure including how many employees regularly achieve which tier. Always be on the lookout for hiring managers that exaggerate your ability to earn top commission and ask them how many people under the current structure get the top level and how long did it take to get to there. There’s no point in offering the best commission scheme around if it’s practically unattainable.

Offered a different role to the one you applied for

You might have applied and interviewed for one position, but when your offer arrives, the organisation offers you another role and are adamant that you’re a better fit for the different job.

It might be true that you’d be more suited to the other position. However, don’t just take their word for it and do some research and get more information on the alternative role including the job description. You may find that the different role is fundamentally the same but comes with a lower salary. That’s a massive red flag that the company is trying to pay you less.

Similarly, if the hiring manager can’t give you a straight answer about what the new role entails, you might need to refer to the first warning sign on our list regarding vague job descriptions.

Employment is a two-way street and is not just about what you can do for the company but also about whether the business can assist you in some way. Ask about your possibility of promotion and do they have clear, defined paths to move up the organisational ladder.

If the hiring manager can’t show you a proven career track, that could be a sign you’re entering a dead-end role. It would also be wise to check LinkedIn and see if employees get promoted or if the company recruits external people who are then short-lived in the organisation. These are all signs of a company who cannot grow because of internal issues and one where you are unlikely to gain any meaningful career progression.

If you work in a specific industry, then everybody talks about organisations in the same sector and bad news eventually gets around. Friends or ex-colleagues might know about an unhinged manager, poor working conditions or even potentially dubious practices. As soon as you mention a company with a poor reputation, people start talking. Generally, there’s no smoke without fire so if an organisation has developed such a reputation, then it’s safest to walk away.

It might not even be a direct contact who knows of unsettling things at an organisation. Maybe you’ve just seen a news report about an upcoming merger or a fundamental change in direction. When there’s news that implies an organisation is in chaos, that could be a signal that they might shortly be going into administration or, at the very least, it could mean that things are going to be disorganised for a while.

It’s not unknown for companies to enter talks about mergers and acquisitions and continue hiring new staff. However, a takeover shortly after you start a new role could lead to you losing this new job. If news reports indicate a company shake-up, then now is probably not the time to join.

You can’t take an organisation seriously if their company website is poorly designed, hard to navigate and riddled with mistakes. The website is their public face so if it’s unprofessional and old fashioned, you can expect the same lack of attention to detail and out-dated resources and attitudes as an employee.

If a business cares so little and cannot be bothered to put care, thought and finances into their own website and public image then they might not be around for too long anyway. A substandard website is a definite red flag.

Like with the website, first impressions count. You can gain a lot of insight into the type of organisation by how an interviewer presents themselves.

Obviously, different organisations have different dress codes so don’t expect an interviewer at an innovative start-up to be suited and booted. However, the interviewer should be clean, tidy and not dishevelled whether it’s a casual or corporate attire culture. After all you’ve made the effort to dress appropriately for the interview so you should expect the same courtesy back.

An untidy appearance is a sign that the manager does not respect other people or care what about their thoughts and opinions. An untidy desk is also not a good sign so check that the desk isn’t completely covered in papers and looks chaotic. This is a signal that they don’t take their role or the company seriously.

So, in short, it’s a huge red flag if you arrive and are faced with a shabby looking interviewer in a crumpled suit, no-longer-white shirt and unpolished shoes complete with talking soles!

Sometimes a fantastic benefits package can make up for a salary that’s a bit lower than you’d like to accept. For example, if you can get a company car, home working and an amazing annual leave allowance which means it might be worth taking £5,000 - £10,000 less per year.

A red flag is waved when the salary is lower than industry standard or below your own worth and there’s not a benefits package to make up for it. If there aren’t substantial benefits to offset the lower salary, then it’s probably not worth taking the role.

Companies usually state salary in their job adverts and will sometimes re-iterate it during interview. Unfortunately, some businesses then offer a much lower salary than expected. Not only does this mean that they are unlikely to value you as much and are potentially cheapskates, but it also highlights their disingenuous nature. You always need to be extremely wary of companies who are dishonest with regards to pay. Any red flag concerning lack of transparency with salary needs to be seriously noted because it’s a clear sign that the employer might not live up to other promises it makes to you.

The way a company interviews is also very telling. It speaks volumes about corporate attitudes and employee value. A long, drawn out interview process, especially for non-management roles, indicates potential indecisiveness and an ego-driven management because they expect people to jump through hoops. This is also true of organisations who set irrelevant tests or want presentations for roles which do not require such skills. Whereas a short interview process smacks of desperation and carelessness. Either way, neither are likely to be successful long-term career choices for you.

On the spot job offer

On the face of it, being made a job offer during the interview might seem amazing. Take time to think about it though because it might not be for your benefit. Don’t let the company push you into accepting an offer immediately without properly considering the terms. On closer inspection the offer might not be as good as first suggested and they don’t want you to notice.

Also, the main reason that organisations offer on the spot is because they have a high staff turnover, and they need to fill the position quickly. Any business with poor staff retention is going to have numerous underlying problems so would be a horrendous place to work

Always make careful decisions when thinking about moving organisations. The grass isn’t always greener so if you have a niggling doubt at the back of your mind then take the sensible option and do some research. It might just save you lots of pain and potentially your career!